Okay, so you be the judge.

However,  if you are experiencing pain never hesitate to consult your and your little one's physician.

If this recurring "bug"  keeps rearing its ugly head and you or your child continue to have unexplained stomach pain, mucus could be the problem! Yep! Mucus!!

So often, many people say around a certain time of year that the stomach bug is going around. But if you think about it, so many people especially kids have sinus conditions because of

as well as many adults. Many kids and adults also suffer from the horrible post nasal drip...the worse, like I do! But it's due to excess mucus...ugh!

Why During The Fall Season?

What About The Other Seasons?

Since every region is a bit different when it comes to seasons (some have two, some have three, etc) it's crucial to pay attention to what's going on in your environment especially when the stomach bug is going around.

If leaves are not falling quite yet but you start to hear that little ones as well as adults are experiencing the bug, check your forecast to see what the pollen count is.

People do not realize but often times when the pollen count is high or you see pollen floating around in the air, yikes!  this is usually around the time when people experience issues with their tummies.

Everything within our bodies are connected, we just have to play close attention and listen/watch for signs.

How Do I Know?

Well, because our 6-year old (now 13..woah) son has had the "bug" but it seemed to always come back too frequently. He would say to me, " mommy my stomach hurts" as any little one would.

Of course the first time, he told me, I took him to see his doctor. She suggested miralax and said to hold off on the milk. We did for the time suggested but his symptoms, which vary from each individual, always came back.

Symptoms of Too Much Mucus

----If you're noticing that you or your little one's vomit seems to look sticky, that's the mucus expeling itself. It has nowhere else to go.

With my experience after the mucus is expelled from the body, tummy issues go away hence the 24hr bug.  Hmmm.  This is not the case for everyone but certainly for a lot of people. ------

Our son is also plagued with allergies...poor guy. Our daughter is as well. They both inherited that mostly from me but also my husband.

His mucus production can be through the roof at times depending on the environment or if he eats something that he has an allergy towards.  I am the same way!  Hooray..no not really.

Why Is There So Much Mucus?

Many reasons such as:

How To Prevent Built Up Mucus

As soon as I hear either little one complain of unexplained abdominal pain, which some consider to be the stomach bug, I'll have them Clear Their Sinuses.

Use an over the counter or natural antihistamine.  This will help manage mucus production.

Saline spray is not as effective for my 6-year-old son and I. It doesn't clear our sinuses like the neti pot does.

We still use saline spray for our 3-year-old though. Haha, well not anymore since she is 11. We're still working with her on blowing her nose....We're hopeful!!

That's why its so important to rid mucus from little babies with the aspirator....very imperative.

The MUCUS has no where to go but down.

Stomach bug or mucus? You decide.

You or your little one may be allergic to something, either environmental or a certain food. You may want to schedule an appointment with an allergist to find out.

Pay close to attention to what their sinuses are doing.  If sinuses issues are present, stomach issues are more than likely to follow and be present as well. 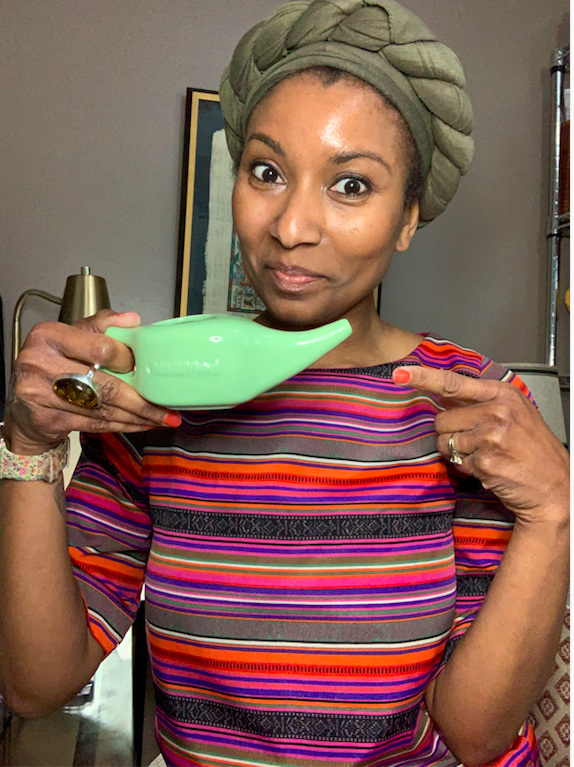 CHECK OUT  THESE QUICK  READS